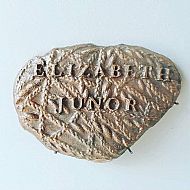 Click on the image to read about Eliza Junor, born in Guyana in 1804, who attended Fortrose Academy. In 1818 she won the school prize for 'Proficiency in Penmanship'. As a woman of colour in mid-nineteenth century Britian, when racism was increasing, she led a difficult life.

In the autumn of 2020 a new play about Eliza, by Aonghas MacLeòid, was produced for Fèisean nan Gàidheal.

For a copy of the script in English follow this link

Click on the image to read about the man who Simon Bolívar – El Liberator (the Liberator) of Latin America – accounted one of his best friends ‘whose loss weighs heavily on me’.

Robert Sutherland was born in Loth, lived in Jamaica, London, and Haiti. His illegitimate son Robert, a man of colour, was brought up at Torboll. As Robert Sutherland senior lay dying at Port-au-Prince in 1819 he told his son, who was at his bedside: ‘Bolívar will be your friend. He is a man of the strictest honour.’ 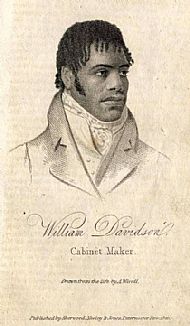 William Davidson (1786–1820) was born in Jamaica, the son of a free woman of colour and a Scottish merchant in Kingston. He was educated in Edinburgh and Aberdeen, was articled to a lawyer in Liverpool, but became a cabinet maker.

He became part of a revolutionary group in London who plotted to kill the ministers of the British Government while they were at dinner. Davidson and four others were hanged outside Newgate Prison on 1 May 1820 and their bodies were decapitated - the last public decapitation in Britain.

Davidson is apprehended, and immediately exclaims, “Let those be damned who will not die in liberty’s cause;” and he sings a line of the admirable ballad of the poet Burns, “Scots wha’ ha’ with Wallace bled”. Does not this speak for itself in terms too distinct to be misunderstood?

The Solicitor General’s Address to the Gentlemen of the Jury. 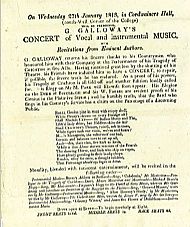 George Galloway (1757–1820) was a musician, dancer, shoemaker, sailor, soldier, traveller, writer of verse & plays - and my 4xgreat-grandfather. In 1779 he set of from Glasgow with his shoemaking tools, with the aim of getting as far as Constantinople. Instead he became a prisoner of war in Cadiz . . .

He wasn't a great poet but he, and more so his brother Robert, were among the first to write in the style of Robert Burns, in terms of poem titles, themes and verse forms.

For my account of Robert and George Galloway (lodged with the Scottish Poety Library) follow this link.